30 June – 22 July, 2016 – In the meantime we had booked our flights back to Europe. Somehow  this trip didn’t feel as it should anymore, we didn’t get excited about anything anymore and we felt more and more exhausted. Until lately we had been so lucky with everything – meeting the right people, the weather was mostly as we liked it, we cycled through exciting and diverse landscapes. But the last months were different. We didn’t enjoy anything anymore: not our freedom and not our surroundings. We were tired of travelling and pitching the tent every day somewhere else in the rain and the cold. The few people we met weren’t really what we had expected and hoped for. On top we both became quite depressive – usually we were able to motivate each other as one usually was better off, but that was different this time. And as we were not on a race nor had to prove ourselves that we are the tough guys we booked flights back to Europe.

But until then we still had a few weeks to enjoy cycling – as that was something we really enjoyed: being outside and pedalling. We were now headed towards Jasper and Banff National Park. Not realising that it was Canada weekend and usually everyone takes this long weekend off we were pedalling with thousands of motorised tourists into the park. The views were beautiful but the traffic horrendous. We also didn’t realise that it was quite expensive to enter the park and that we had to pay the same fees as the cars as you are paying by head and not vehicle. Even worse we were told that all campsites are full and that there is no way we could get a camp spot anywhere. 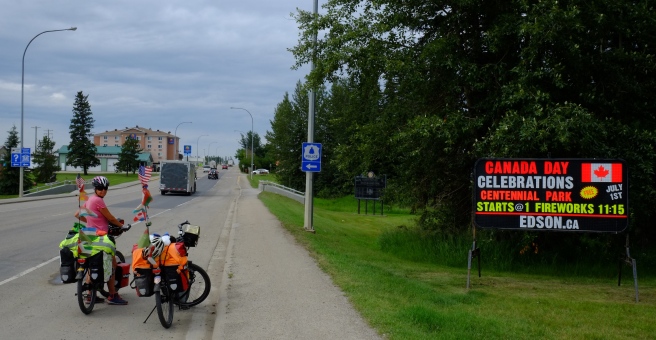 While we were discussing what to do one of the park rangers approached us and offered us to camp next to their cabin besides a campsite. We happily accepted and cycled to said campsite only to hear that a black bear has been regularly visiting the site lately and that we needed to be very careful. Nonetheless we pitched our tent next to the rangers’ cabin and felt so lucky as we could warm up ourselves inside and even used their kitchen and bathroom while it rained cats and dogs outside.

It rained all night but our tent luckily stayed dry inside. By 10am the sun had managed to push back the clouds and we moved on. Next stop was Jasper where we wanted to stay a few days to make some day trips into the wilderness. The landscape within the park was absolutely beautiful and we tried to not get upset about all these many cars passing by. Suddenly we saw a few huge moose walking through a lake towards us. A beautiful sight and we were the first ones to stop. After a few minutes and by the time the animals were right beside us about 50 cars had stopped next to the road and more than hundred people took selfies with these animals as if they were some tamed pets. 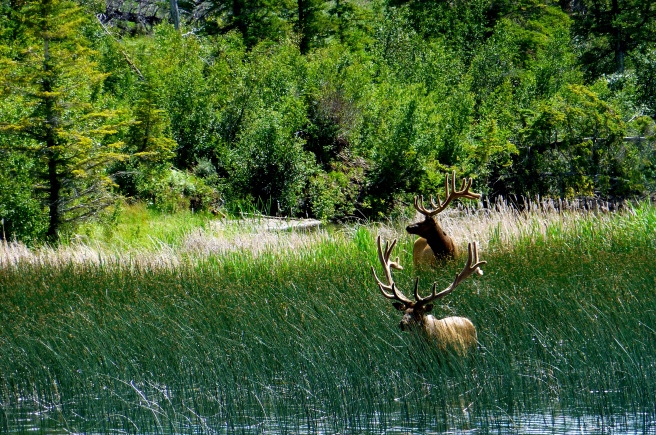 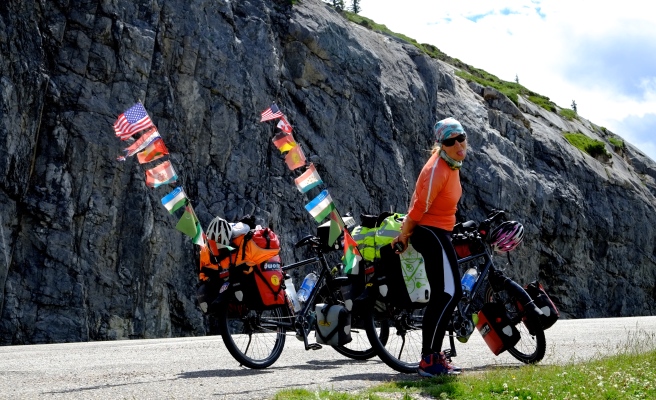 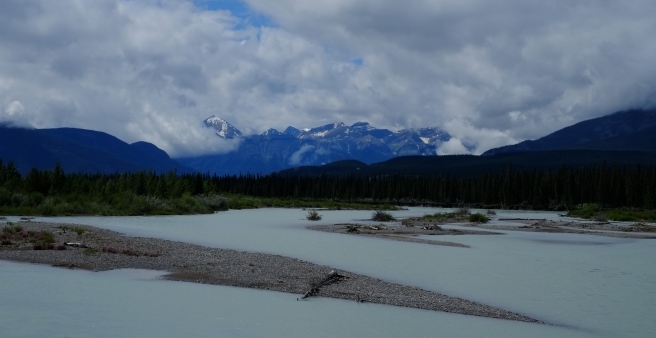 In Jasper we were lucky that the campsite always reserved a few spots for cyclists and hikers as we didn’t want to wild camp. There we met Greg, a Canadian teacher at a First Nation School, with whom we would spend more time over the coming days. We also met Willi, Anne and Arthur – a wonderful German family who invited us twice for dinner just because they admired what we were doing. They also took us in their car to beautiful Maligne lake where we hiked for a few hours.

From now on there was exactly one road through the National Park. Traffic lessened a bit the further we went into the park and cycling was extremely rewarding: the landscapes would change constantly, we saw quite some wildlife including bears and usually managed to arrive at one of the beautiful wilderness campsites on time. These campsites are very basic, all you get is outhouses, firewood and if you are very lucky drinking water.  There are usually tables and benches at every pitch which saved us from cooking and eating on the ground. Often you hardly see any other campers as the campgrounds are big and spread out in a forest. 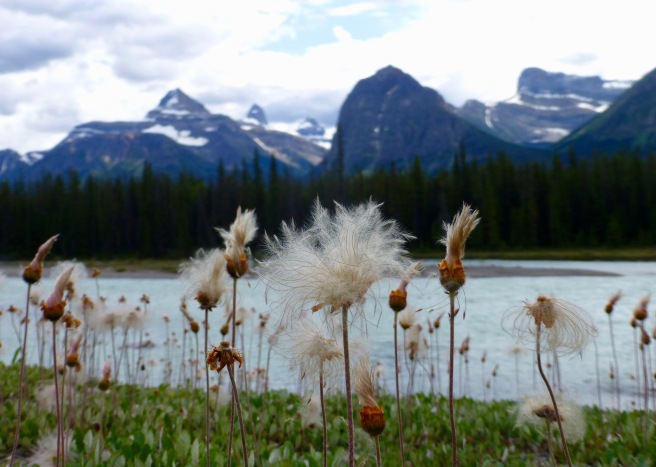 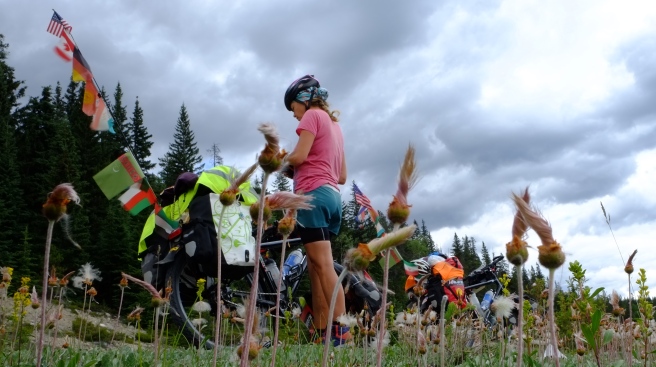 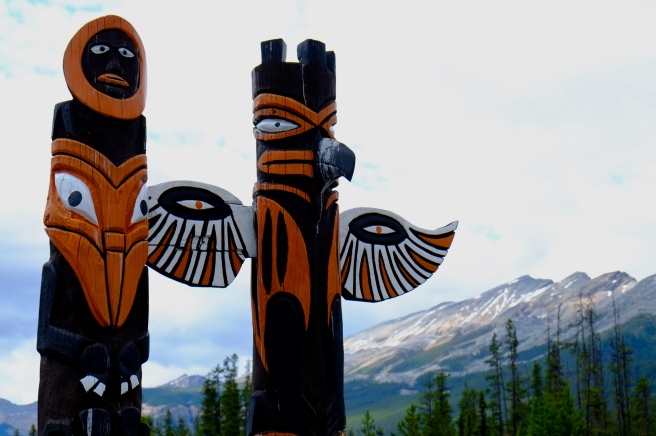 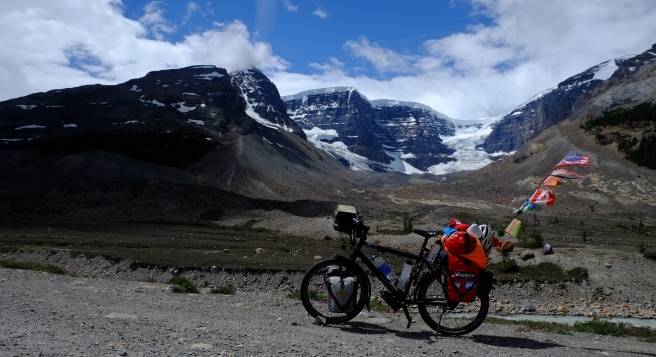 At Lake Louise we met Greg again. We had arrived in the late afternoon and were lucky enough to get the last camp spot at a local campground (we desperately needed showers after a few days cycling without any facilities). Too tired to cook ourselves we treated ourselves to a dinner out where Greg already pleasurably munched on his huge hamburger. He had just arrived and wanted to stay at the hostel – but that was full so he was forced to camp out once more. As we knew that the only campground was full we offered him to pitch his tent next to ours. And so we stayed together for a few more days at Lake Louise where he hiked and we cycled to Lake Moraine and Lake Louise. Due to too many cars the police had closed the 15km-long road to Lake Moraine and we happily cycled up the mountain and to a beautiful and relatively quiet site. Since I’ve met Johan he had told me he wanted to go skiing with me in Canada and show me Lake Louise. This seemed for him a very nice and romantic place many years ago. He had been there with his grandmother at the age of 12 – more than 40 years ago. However, things have changed in the meantime and thousands of tourists made this once for him so special place a disappointing one and we cycled back quickly after we had managed to take a few photos.

By the time we arrived in Banff we had passed a few more summits, saw absolutely beautiful crystal-clear lakes from high above and had even enjoyed a few sunny summer days. The day we arrived in Banff it would just pour again, for days in a row. Thankfully the campground managers gave us a tarp so we were able to cook. But we did not go on hikes or did any other tours and after two days we moved on quickly towards Calgary. 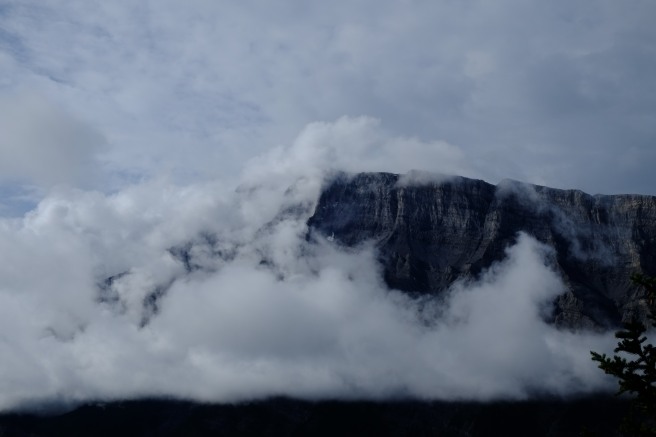 Johan’s uncle Reinier emigrated to Canada in the early ’50s and this was our chance to visit his family abroad. Reinier is married with three sons and as we had about a week left we could meet most of Johan’s family. From Anchorage we had sent a huge package with our spare parts, some new clothes and presents from people we met on the road to get rid of some of the heavy stuff we didn’t need. While enjoying dinner with Reinier and his wife Ann we were looking forward to our treasures only to hear, that they had given everything to the “Bibles with a Mission” thrift shop. When the package had arrived a few months ago they didn’t remember anymore what to do with it and where it came from, so they thought they better bring it to the bible shop where they used to work once per week. Shocked with disbelieve we needed a few days to get over it. In the end all got settled in a good way and we left without any hard feelings. We had been treated very well in Calgary – Johan even got his favourite Dutch dish cooked – and were sad to leave them behind, not knowing if and when we would see them again. 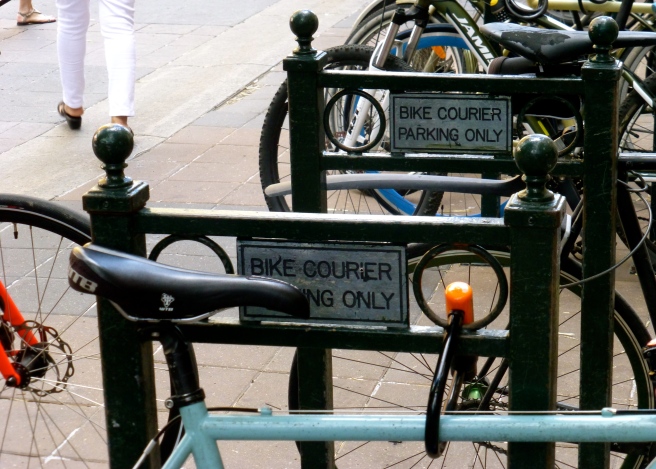 6 thoughts on “Alberta, Canada: The Final”